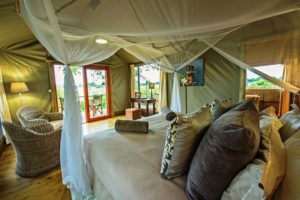 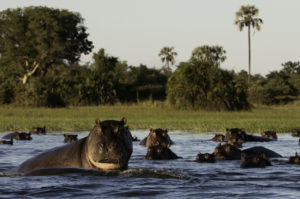 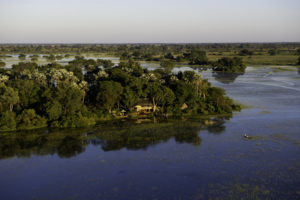 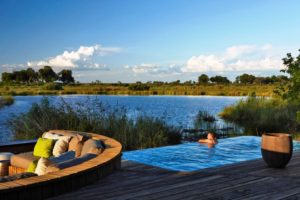 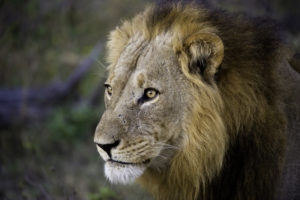 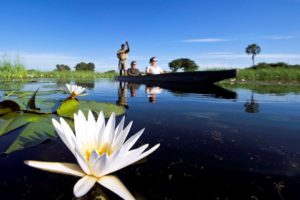 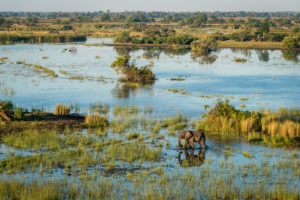 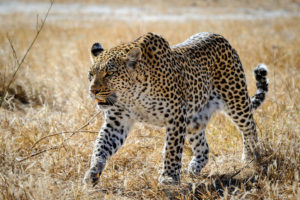 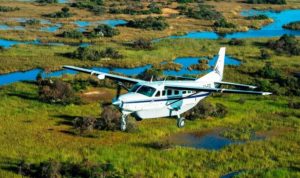 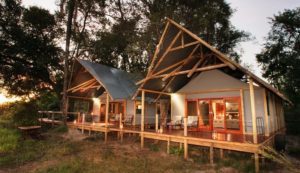 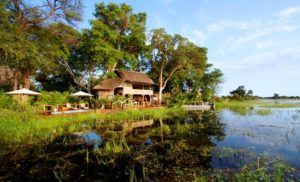 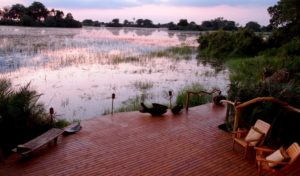 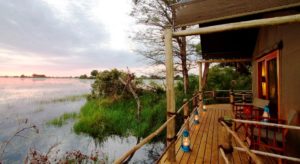 BushBreaks & More will custom-make you a Botswana Okavango fly in package, as per your accommodation needs, experience and budget with a combination of the following Botswana camps:

Chitabe Camp is a luxurious eight-roomed, tented camp built on one of the most beautiful islands in the Okavango Delta. It is situated in a private area in the south east of the Okavango Delta, which borders the Moremi Game Reserve.

Chitabe Lediba is a very comfortable five-roomed tented camp in an enormous concession that borders the Moremi Game Reserve. The area is situated within a varied habitat of seasonally flooded grasslands, wooded acacia islands and a number of lagoons. The diversity of habitat enables guests to see a wide variety of wildlife.

DumaTau (meaning ‘roar of the lion’) is a ten-roomed luxury tented camp, in the private 125 000-hectare Linyanti Wildlife Reserve which borders the western boundary of Chobe National Park in northern Botswana.

Situated about 25 kilometres west of Mombo, outside the Moremi Game Reserve on the Jao flats, Jacana Camp is a truly water-oriented camp and offers mokoro and walking safaris all year round.

Kwetsani Camp is a five roomed luxury tented camp located in a private reserve 25km to the west of Mombo and to the west of the Moremi Game Reserve. The large elongated island on which Kwetsani is built is heavily wooded, cool and shady with Palm, Mangosteen and Fig trees and is one of the most remote camps in the entire Okavango Delta.

Little Vumbura is a beautiful six roomed tented camp situated to the north of Mombo in a private reserve bordering the Moremi Game Reserve in the northern reaches of the Okavango Delta.

Savuti Camp is situated in the Linyanti Reserve along the Savuti Channel in northern Botswana. The camp is built about 17 kilometres “downstream” from the source of the Savuti. The channel stopped flowing in 1980 and what was a Hippo-filled river, is now wide, open grasslands.

Seba Camp, set in an ancient riverine forest in the heart of Botswana’s magical Okavango Delta, offers secluded, luxurious accommodation overlooking a lagoon and seasonal floodplain teeming with animal and bird life. Guests can enjoy more than game viewing, however, as the camp is a base for unique research on elephant behaviour and a regular centre for wildlife film-makers. It is named after Seba, a young bull elephant who was part of Randall Moore’s pioneering elephant back safaris out of Abu Camp, a few kilometres away.

Tubu Tree Camp is situated in the 60.000 hectare Jao Reserve which borders the Moremi Game Reserve in Botswana’s Okavango Delta. The Camp is a traditional style tented safari camp built on raised wooden platforms to take best advantage of the beautiful view over the floodplains.

Xigera (pronounced Keejera) is a luxury tented camp in the Moremi Game Reserve and is situated in the heart of the Okavango Delta. Xigera has something for everyone in an area where there are no other Moremi camps.

In the central region of the concession, vast open floodplains provide some of the most stunning scenery Botswana has to offer. Jao Camp lies in the southern side of the plains, an area with beautiful islands fringed with riverine forests.

Kings Pool camp is located in the Linyanti Wildlife Reserve, bordering the western boundary of the Chobe National Park. The camp overlooks the Kings Pool Lagoon and the Linyanti River. The private reserve is characterized by open grasslands, Mopane and mixed terminalia woodlands, riverine forest and the now dry Savuti Channel. This camp is well-known for its herds of Elephants. The camp and its lagoon take their name from King Leopold of Sweden who honeymooned here in the mid 1900’s.

The Okavango Delta is considered one of the most incredible wildlife and wilderness sanctuaries in Africa. The largest inland delta in the world, it is an area of 15000km2 filled with water channels, lagoons, swamps and islands. Apart from its outstanding beauty, it supports and sustains a huge diversity of fauna and flora. Beautiful tented camps within the Delta accommodate between 8 and 16 guests, and offer a range of activities from game drives and walks to mokoros, boating and night drives.

During summer, the floodplains exposed by the receding winter flood are transformed by the rains into a tapestry of green, drawing grazers from the woodland of the higher lying larger islands onto the plains to give birth. The birthing of multiple antelope species makes for interesting predator-prey interactions and the myriad migratory bird species and green luxuriance make for spectacular photographic backdrops and sightings.

To the north-east of the Delta lies the 125 000-hectare private Linyanti Concession, an enormous wildlife-rich area shared between just three small camps, creating an unrivalled atmosphere of remoteness and space. The main features of this area include the Linyanti River, the woodlands of the interior and the well-known Savute Channel, famous as a sporadic and unusual watercourse.

With over 50km of Linyanti River frontage and two thirds (50km) of the Savute Channel lying within the concession, guests have exclusive access to the abundant game here. Large concentrations of zebra and giraffe abound, with additional species such as wildebeest, kudu and tsessebe attracting the predators for which the area is so well known. Leopard utilise the woodlands while lion, spotted hyena and wild dog hunt here and on the adjoining grassland strongholds of the cheetah.