Northern Botswana, within the Linyanti concession which is bordered to the east by Chobe National Park. Close to the Linyanti Marsh and source of the Savuti.

8 Luxury Tents, raised off the ground on decks 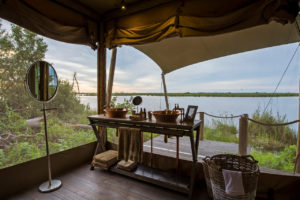 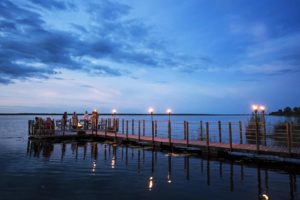 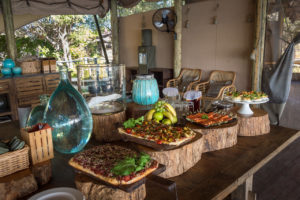 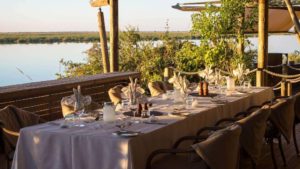 DumaTau (meaning ‘roar of the lion’) is a ten-roomed luxury tented camp, in the private 125 000-hectare Linyanti Wildlife Reserve which borders the western boundary of Chobe National Park in northern Botswana. The camp is built on raised boardwalks under a shady grove of mangosteen trees, overlooking a large hippo-filled lagoon on the Linyanti waterways. The source of the Savuti Channel is close to the camp and game drives along the Savuti are one of the highlights of the camp.

The rooms are spacious, raised off the ground and under thatch with canvas walls – allowing guests to enjoy the night sounds of Africa from the comfort of their rooms. The bathroom facilities are en-suite, with hot and cold running water. Each room has an additional outside shower. There is a dining room, pub, lounge, plunge pool and a special guest toilet with a fantastic view. The region has all the habitat diversity to make it a haven for wildlife.

Activities are diverse and allow guests time on the water, on land and occasionally on foot. Day and night game drives are conducted in open 4×4 vehicles along the Savuti Channel and the banks of the Linyanti River. There are many hides in the area where guests can enjoy wildlife viewing close up and away from a vehicle. One of the best hides is right at the source of the Savuti and many species of game and birdlife can usually be seen from this hide.

The area is famous for its elephant concentrations in our winter months and for the great game viewing all year. Huge herds of elephant congregate in winter along the waterways and lagoons – and at the waterholes that are located along the Savuti Channel. During these dry months sable and roan traverse the flood plains. All the predators – lion, leopard, cheetah and wild dog – feast on the prey species in the area, including impala, zebra, giraffe, wildebeest, lechwe, tsessebe and all the other plains game.

Then there are the predators – lion, leopard, cheetah, wild dog and hyaena – and the nocturnal animals – bushbabies, spring hare, aardwolf, serval, genet, pangolin – and the smaller predators.

Birding is great here, from the Okavango “specials”, such as Slaty Egret, White-rumped Babblers and Wattled Cranes, to the bushveld species