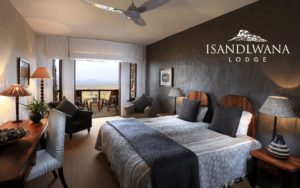 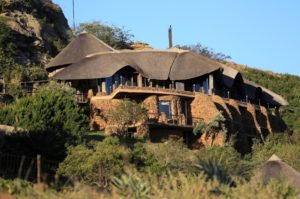 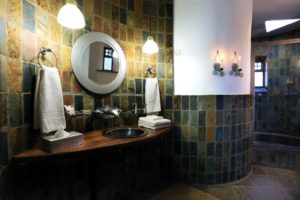 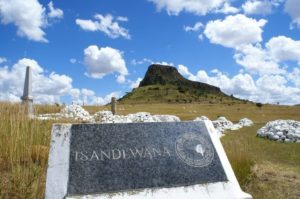 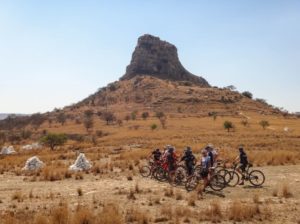 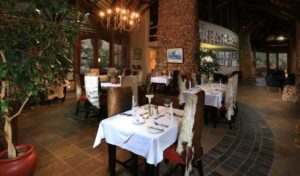 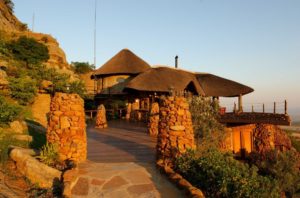 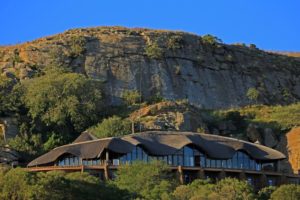 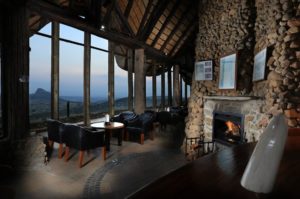 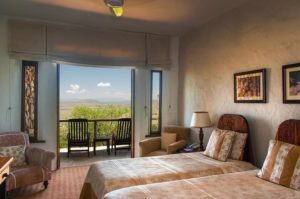 The lodge is built on the side of the iNyoni rock formation on top of which the Zulu commander stood during the battle of Isandlwana on 22 January 1879. Guests can enjoy unparalleled views from the crisp early light of a sparkling Zulu dawn to the splendour of the African sunset. Unwind in the pool built among the rocks after a day on the battlefields or enjoy the peaceful atmosphere of the library where you can catch up on your history.

Isandlwana Lodge is the ideal location for executive conferences or team-building getaways, where groups can benefit from the unique concepts, developed and built around the battles by the historian, Rob Gerrard, author and Fellow of the Royal Geographical Society.

Enjoy total relaxation at this lodge by soaking up the ambience of the surroundings, from the pool deck or wrap around veranda. The end the day unwind over sundowners and snacks at the intimate bar or relax over a delicious home cooked meal and a glass of south African wine with the mountains in the distance.

Isandlwana Lodge offers twelve luxury rooms all en-suite and tastefully decorated in a mixture of traditional and modern styles. All rooms face the historic and scenically beautiful Isandlwana plain with a view of the mountain.

The specialist chef to provide you with some of the best food in KwaZulu-Natal.

Isandlwana Lodge is within a comfortable driving distance of several of South Africa’s most spectacular game reserves, enabling guests to combine enjoyment of Zululand’s rich wildlife heritage as well as the living history of the battlefields. Visit the infamous Umfolozi and Hluhluwe Game Reserves as well as the superb Mkhuze Game Reserve.

Those interested in the history of the area and the country will be mesmerised by the story telling of the resident guide, Dalton Ngobese, himself a descendent of one of the impi warriors at The Battle of Isandlwana. But if walking, climbing, bird-watching or mountain biking are your preference, the options are endless. A host of guided Battlefield and cultural tours, as well as day drives, to one of Africa’s oldest game reserves, are available to suit every request.

The battles fought in the rolling hills and valleys of northern KwaZulu-Natal some 120 years ago changed the course of South African history, and still today, the area now known as the ”Battlefields” seems to echo with the heroic and often tragic deeds of the past. The sites of famous skirmishes that rocked the British, weakened the Boers and broke the mighty Zulu nation continue to draw visitors.

Isandlwana and Rorke’s Drift are two of the most famous battlefields in the country, and also perhaps in British history, perhaps because it was here that, in a furious two-hour battle, Zulu forces armed primarily with traditional spears and shields thrashed the mighty British Colonial Empire forces, one of the few times they were ever routed by an indigenous army. Eleven Victoria Crosses were awarded to those who defended Rorke’s Drift.

Another interesting battlefield site is Spioenkop, where three men who would play an important role in world affairs were present. Winston Churchill was there as a war correspondent, Mahatma Gandhi was present as a stretcher bearer, and Louis Botha became the first prime minister of the Union of South Africa. Visits to Elandslaagte, the Blood River Monument and Talana Museum near Dundee are also worthwhile.

On an annual basis, numerous re-enactments of some of the famous battles take place. These are great fun-filled affairs with many local people dressing up in bright red, colonial British soldier or traditional Zulu warrior attire. Food, music and other activities often accompany these events.