Little Vumbura is situated in the extreme north of the Okavango, in a private concession, about 30km north of Mombo. 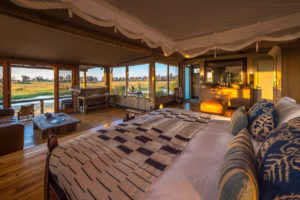 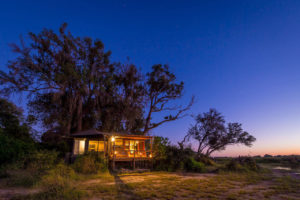 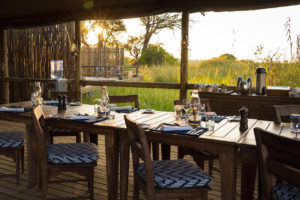 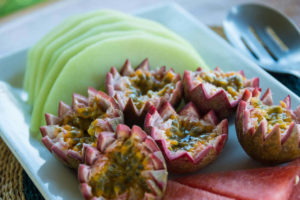 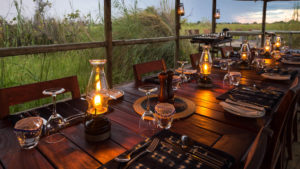 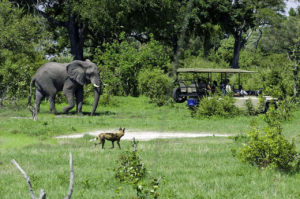 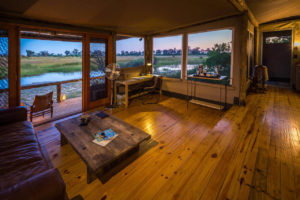 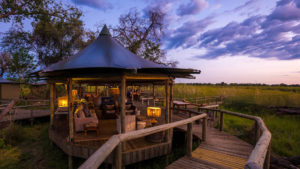 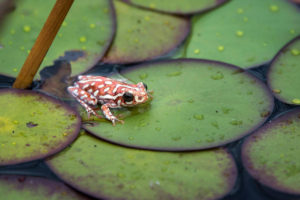 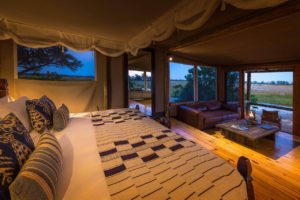 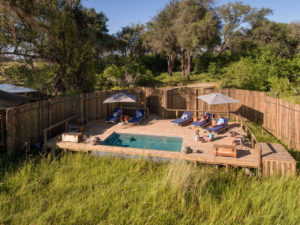 Little Vumbura is a beautiful six roomed tented camp situated to the north of Mombo in a private reserve bordering the Moremi Game Reserve in the northern reaches of the Okavango Delta. Little Vumbura offers both water and land activities, as well as walks for those who are keen. Mokoros (dugout canoes) traverse the flood plains under the guidance of our experienced polers. Open 4×4 Land Rovers allow guests to get close to animals in the savannah areas. However during the annual period of high floodwaters in the Okavango, this activity is limited. For much of the March to October period, we boat to dry land and only board our game viewing vehicles there. Guests usually have the opportunity to see lion, leopard, elephant, sable and buffalo, along with all the plains game, providing an excellent all-round game experience in this remote corner of the Okavango.

Walks (on request basis only) around the islands give guests the opportunity to enjoy Africa from a different perspective. The tented rooms are large and comfortably appointed, with an en-suite bathroom with hot and cold running water, a shower, and flush toilet – and an outside shower under the stars.

Little Vumbura has both the wetland and savannah species of wildlife – Red Lechwe, Waterbuck, Hippos, Crocodiles, as well as Sable, Kudu, Wildebeest and Tsessebe, who roam the open plains. On game drives we often see more Sable than we do Impala. Herds of Buffalo and Elephant occur here, along with the predators – Lion, Leopard, Wild Dog and Cheetah. Guests who enjoy their birding will love the combination of all the Okavango water “specials” with acacia and dry woodland species.

Vumbura, Little Vumbura and Kaparota are situated in the extreme north of the Okavango, about 30km north of Mombo, in what is known locally as the Kwedi Reserve. More formally the Kwedi is known as areas NG 22 and 23. The entire area of over 100,000 hectares has been ceded by the Botswana Government and the Tawana Land Board to the people who live along the Okavango’s northern boundary so that they can derive direct benefits from the wildlife and the environment on their doorstep.

These people live in five traditional villages to the north of the Okavango and the Kwedi. To ensure that the benefits from this arrangement are spread throughout all the people in this area, the annual payments we make go to a trust called The Okavango Community Trust. This trust represents the interests of all the people living in the five villages to the north of the Okavango. They also get the first job opportunities, the training and the benefits of other community projects that we run in the area from time to time. The five villages involved in this joint venture are Seronga, Gunitsoga, Eretsha, Betsha, and Gudigwa.

This trust has selected Wilderness Safaris as their joint venture partner, to run and manage the lodges and the tourism activities in this area. Along with this arrangement comes the right to hunt animals – including a large number of elephants leopard etc. Wilderness Safaris have elected NOT to hunt and in doing so we loose about US$300,000 in nett profit from the hunting operations. The reasons we have elected not to hunt are many and varied, but one of the most important reasons is that hunting and photographic tourism cannot mix in the same area for many reasons. One of them is that the animals in the area quickly cotton on that there is hunting and they either move away or become very skittish. As a result of this “no-hunting” policy in the Kwedi area (and because of the wide ranging habitats and permanent water in the floodplains) the Kwedi now has some of the best wildlife viewing in all of Botswana.

The vegetation ranges from the vast open flood plains to dense mopane bushveld and usually and historically has offered spectacular game viewing and birding opportunities all year round. Wilderness Safaris operates five camps in this area where both land and water activities can be offered. The camps are Duba Plains, Vumbura, Little Vumbura, Vundumtiki and Kaparota. Each of these has its own identity and character while subscribing to the very high standards set by Wilderness. 2004 poses an interesting challenge to us. Operationally the Kwedi will be a nightmare for our maintenance people as the open plains will become filled with water to levels never ever witnessed before. We expect our vehicles, starter motors, alternators and gearboxes to take a hammering with the high water levels. Access to this area is only by air.