7.5 hours by road from Johannesburg.
Charter flights can be arranged to Tshikondeni landing strip, which is about 45 minutes from the camp or the Punda Maria airstrip, which is approximately 60 kms from the camp.
We are happy to announce thatEcho Skiesflies fromGrand Central Airport in Midrand(about 20 minutes from OR Tambo) into thePafuri Airstrip daily, making The Pafuri Camp & Pafuri Walking Trails more accessible to guests.
Flights take place every day, minimum 2 paying guests per flight.
Flights can also be arranged fromOR Tambo, minimum 2 paying guests per flight. 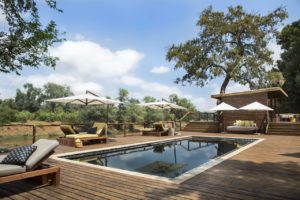 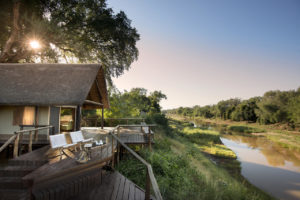 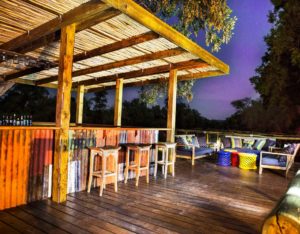 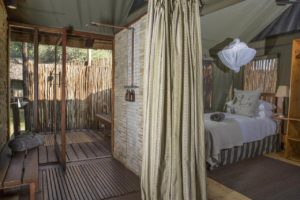 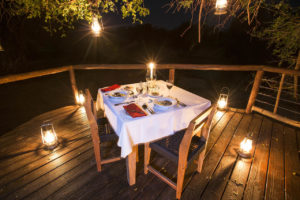 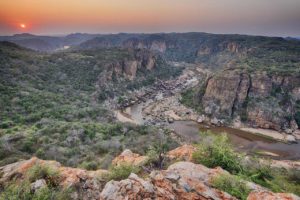 Baobab Hill Bush House offers ideal accommodation for groups or families, Baobab Hill Bush House is the old ranger’s accommodation for a total of eight guests at any one time. It is situated on a small hill just north of the Luvuvhu River, with excellent views of the surrounding area. This rustic homestead consists of four bedrooms, a surrounding patio area – perfect for sundowners or dinners in the early evenings, a private swimming pool, and the property is fenced – offering a child-friendly environment. This accommodation is self-catering. A local in-house chef is on call to assist at mealtimes at a small additional cost.

This area is certainly the wildest and most remote part of the Park and offers varied vegetation, great game viewing, the best birding in all of the Kruger, and is filled with folklore of the early explorers and ancient civilisations. It is well known for its fever tree forests, beautiful gorges and Crookâ€™s Corner, where the Limpopo and Luvuvhu rivers and three countries, Zimbabwe, South Africa and Mozambique, meet. The region is considered one of Kruger’s biodiversity hotspots, with some of the largest herds of elephant and buffalo, leopard and lion and incredibly prolific birdlife.

Pafuri Camp is the only camp accessible to self-drivers in the extreme northern sector of the Kruger Park. Being so different from the rest of the Park, it complements the scenery and experience offered at the lodges in the southern Kruger and the Sabi Sands.

Accommodation consists of 19 luxury tents (including seven family tents for up to four people), each with en-suite bathroom facilities. The tented rooms all look out over the Luvuvhu River; guests can sit on their decks and watch for elephant, nyala, waterbuck or bushbuck coming down to drink – to name but a few!

Activities in the Makuleke / Pafuri area are extremely varied and interesting. Game drives in open 4×4 vehicles & guided walks are all part of the range of activities that are on offer. One of the most important aspects of this area is its palaeo-anthropological history, with its plethora of evidence of early human ancestors stretching back some 2 million years ago, through the Stone Age and into the Iron Age about 400 years ago when the Thulamela dynasty ruled in this area.

This dynasty built incredible structures that are not dissimilar to that found in the Great Zimbabwe. Throughout the concession, there is evidence of its human inhabitants, in the form of rock paintings and artifacts – under many a baobab are Stone Age hand tools, such as hand axes, to be found.