2 hours drive from Johannesburg, the gate to the Black Rhino Game Reserve is situated on the Madikwe Road. 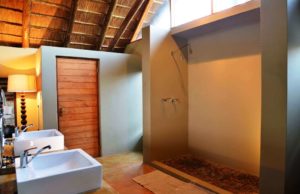 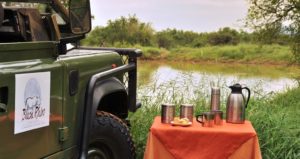 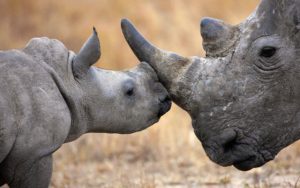 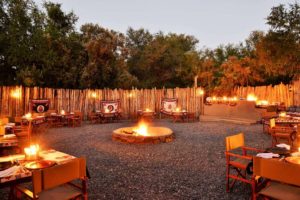 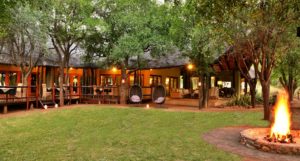 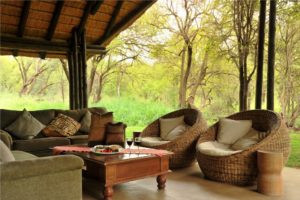 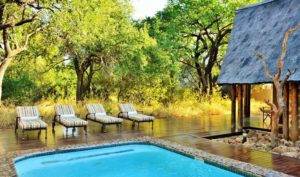 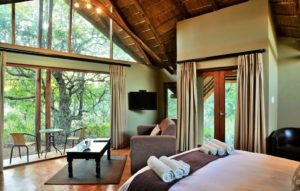 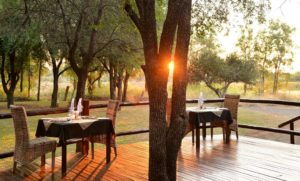 Picture this…a bush retreat nestled within an old Tamboti forest at the foot of an ancient volcano crater. This is the amazing Black Rhino Game Lodge in a nutshell. It is indeed a hidden treasure located in the Black Rhino Reserve, in the west part of the Pilansberg National Park. Discover 58 000 hectares of malaria-free, untouched bush and all the wonder that it holds. A game drive within the Pilanesberg National Park allows close encounters with Herds of elephants and buffalo which are common sightings, and the roar of a lion can often be heard breaking through the silence of the night. Black Rhino Game Lodge overlooks a watering hole that is constantly alive with different birds and animals of all shapes and sizes – a true kaleidoscope of African colours.

Majestic mountains, rolling hills, sprawling grasslands and vast valleys provide a breath-taking backdrop for the exceptional game drives available for guests to enjoy. There is no shortage of fascinating wildlife to see, from cheetahs to elephants, and even the elusive leopard. Private suites welcome you after a long day spent exploring the natural beauty of the reserve, inviting you to relax and unwind in your slice of this serene paradise. All suites come with their own private outside shower – the perfect way to cool off after a day in the sun. Black Rhino Game Lodge offers a superior African bush experience for everyone and is your answer to a luxurious bushveld getaway. It’s the ideal place to indulge in the splendour of the African wilderness.

Next door to the famous leisure and entertainment resort of Sun City, is the Pilanesberg National Park.

It may not be very large (550km²) compared to Kruger or some of the other great African parks, but it has a real wilderness feel to it and most of the big animals you could wish to see. It lies amongst the only significant hills in the area which rise skywards out of the flat highveld plain. This massif is a 1,200 million-year-old volcanic relic of four concentric mountain rings.

The Pilanesberg is the highest peak towering 600 metres above Mankwe Lake, which sits in the heart of the ancient volcano. The volcano’s circular bowl was recognised as being the perfect situation for a national park with its tall sides creating natural boundaries. The area was farmed until 1979 until Operation Genesis was launched to rehabilitate the land and stock it with game. This was one of the most imaginative game-stocking enterprises ever undertaken and the Pilanesberg became a great success story. There are currently around 10,000 head of game and it is a very popular game park for locals and overseas visitors alike – many of whom make the short trip from the nearby resort of Sun City.

This park is home to good populations of a whole range of Africa’s game, including the ‘Big Five’; elephants, black and white rhinoceros, buffaloes, lions and leopards and you will also see giraffes, zebras, hippos and a wide variety of antelopes including the very attractive sable, eland, kudu and gemsbok. There are also cheetahs and hyenas and jackal. Birdlife is good with over 300 species and bird lovers will be interested in the huge stroll-through aviary at the Manyane gate. Also in this area is a ‘vulture restaurant’ – created to help save the shy and endangered Cape vulture from regional extinction.

By road
Travel along the N4 and take the R510 right to Sun City. From the gate of Sun City continue traveling in the direction of Rustenburg for approximately 4kms on the R565. At the stop street, turn right and travel approximately 30kms on the Madikwe road where you will find the entrance of Black Rhino Game Reserve on your right hand side. It is a tar road all the way to the entrance.Take the N4 Hi-way to Sun City – This road leads onto the R556. You will pass Sun City on your right hand side. Travel to the 4 way stop and turn right onto the R565. Travel on this road R565 for approximately 28km. Black Rhino Game Lodge is on your Right hand side – marked with a large white board BLACK RHINO GAME RESERVE
Enquire Now