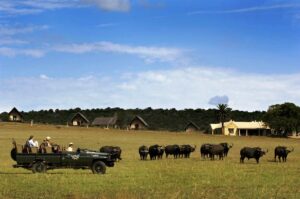 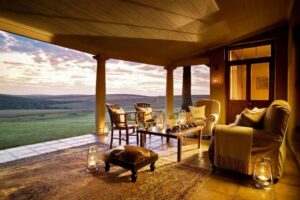 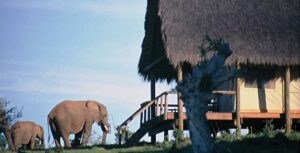 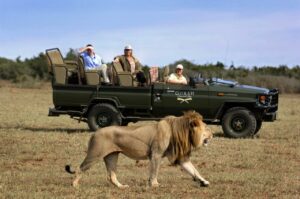 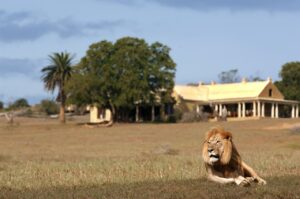 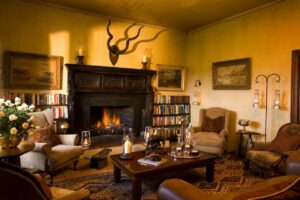 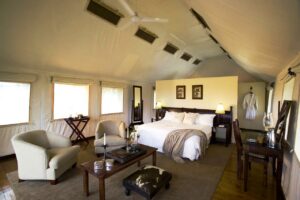 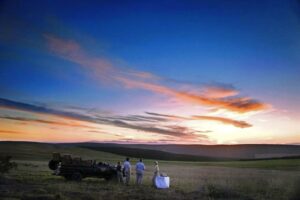 The first private concession in a National Park, is a premier lodge set in the heart of the malaria-free Addo Elephant National Park, home to the densest elephant population on earth. The Gorah House – Restored to it’s 19th century colonial splendour and period furnished, the main house reflects a noble opulence and delivers the meticulous service and attention to detail.

The romantic atmosphere of the ten spacious and luxurious tented suites, recalls the golden era of safari in the early 1900’s; yet with the comfort and excellence associated with Africa’s finest game lodges.

Guests can relax in the boma area with it’s beautiful rock swimming pool and sun-drenched decks. Experience the African tradition of cooking and eating under the stars.

Deep within the shadows of the dense valley bushveld of the Sundays River region of the Eastern Cape lies the Addo Elephant National Park.

Here, the evenings are punctuated by the strident howl of the black-backed jackal, and the francolin’s call heralds each new dawn. Safe from relentless persecution in the past, the grey leviathans of the bush now roam in peace.

The original Elephant section of the park was proclaimed in 1931, when only eleven elephants remained in the area – today this finely tuned ecosystem is sanctuary to over 450 elephants, Cape buffalo, lion, black rhino, a variety of antelope species, as well as the unique flightless dung beetle, found almost exclusively in Addo and their Addo has only just begun.