Kasane International Airport is the closest airport, and it is a 15 minute drive from the Chobe River. The Botswana Immigration Office is on the edge of the Chobe River, and from there one goes by boat to the lodge.

Flights from Johannesburg are available (smaller aircrafts from Victoria Falls).

By Air:
There are four main access points by air*: 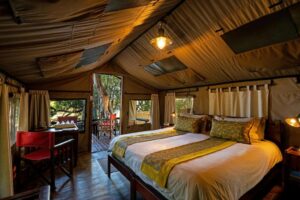 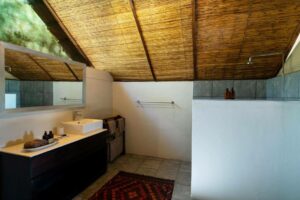 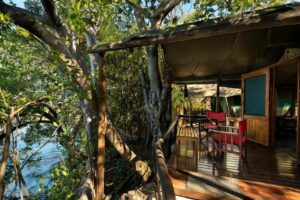 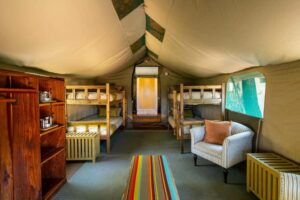 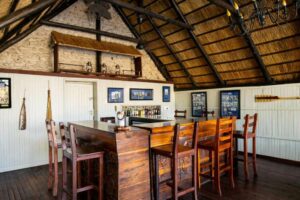 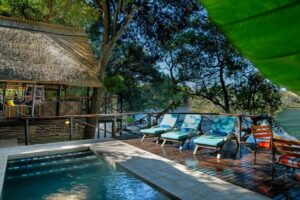 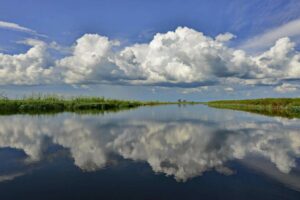 Nestled on the secluded Impalila Island in Namibia, Ichingo Chobe River Lodge is surrounded by breathtaking scenery, abundant wildlife, birdlife and direct access to the Chobe River. Quieter, more secluded and personalised the lodge is ideal for families, couples or groups who wish to enjoy the very best of an African river safari and fishing experience. The accommodation consists of eight large air-conditioned Meru safari tents with en suite bathrooms and private balconies. The main lodge buildings include a relaxing lounge area, a welcoming bar, outdoor pool with a viewing deck with loungers overlooking the river, and a separate open-air dining room for all meals. Unwind and enjoy the sights, sounds and fun activities of a true river safari experience.

Ichingo Chobe River Lodge has eight Meru-style safari tents, tucked beneath a canopy of trees. These air-conditioned tents are so comfortable that they feel like a hotel suite, but at night there’s the romance of sleeping under canvas – drifting off to the sound of the river rushing by. Your private balcony is a great place to relax and take in those Chobe River views.

Located in Northern Botswana, alongside Namibia’s Caprivi Strip, Chobe National Park is the second largest National Park in Botswana with the largest concentration of game on the African continent. The Chobe River, forming the northern boundary of the park, originates in the highlands of Angola. From there, it winds its way into the Zambezi River, which eventually flows into Victoria Falls, through Mozambique and into the Indian Ocean.

Because it crosses floodplains, forests and open woodlands, the Chobe consists of a complex network of channels and marshes, which makes for spectacular game viewing due to the lush vegetation that surrounds it. While it has water all year round, the Chobe rises significantly from February to May, after the rains in Angola that start in November. During this wet season, the level of the Zambezi floodplains rises, pushing water into the Chobe all the way to the seasonal Lake Liambezi. Once the lake reaches saturation point, the water has nowhere further to go, and so starts flowing in the opposite direction in a phenomenon known as the “backflow”.

During your stay with the Zambezi Queen Collection, you’ll be able to observe animals in their natural environment from a tender boat, making for a relaxing safari experience. A major attraction of the area is the elephants, whose resident population is estimated to be over 120 000. You’ll also be able to see large herds of buffalo, and if you’re lucky, rare sightings like herds of Roan Antelope and Sable. Besides the land and water-based mammals, this is also a birdwatcher’s paradise and you can expect to encounter over 450 species.