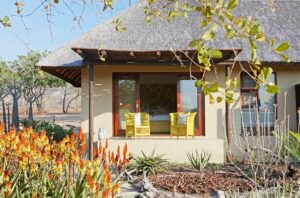 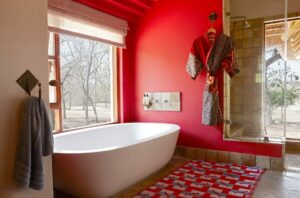 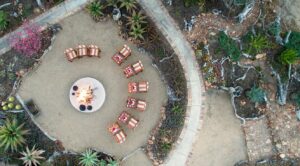 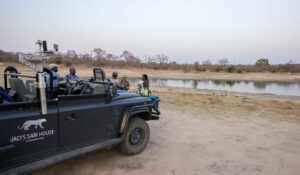 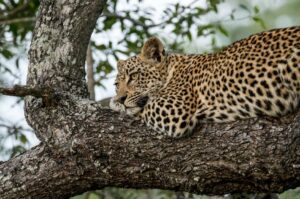 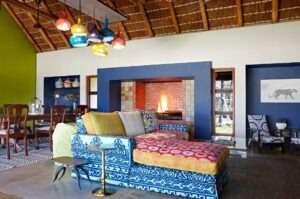 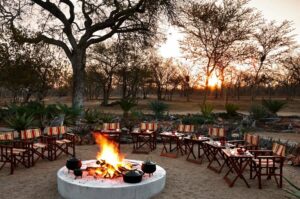 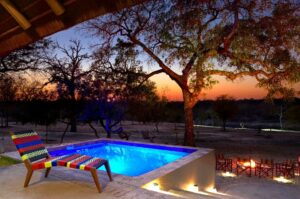 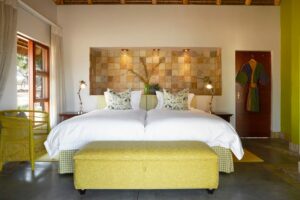 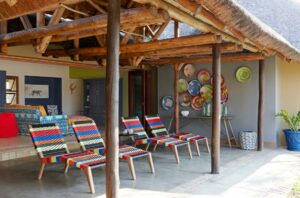 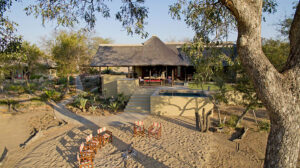 Jaci’s Sabi House is an exclusive-use, private abode situated in the Northern Sabi Sand Reserve. The thatch home is the ideal destination for the ultimate Safari /bush getaway, with access to prime game viewing areas within the Sabi Sand you can be assured of a Safari to be remembered.

Fully staffed – all you have to do is arrive and we will do the rest.

Jaci’s Sabi House accommodates a maximum of 6 guests at a time for exclusive-use bookings only and features a locally designed Main Lodge House and separate Guest Cottage with spacious interiors, luxurious finishes and bespoke decor. The thatch home is the ideal destination for the ultimate bush getaway, with access to prime game viewing areas within the Sabi Sand Reserve, where you can be assured of a Safari to be remembered. Complemented by private swimming pool, indigenous garden and your own private chef, field guide and game viewing vehicle, Jaci’s Sabi House is all set to offer guests nothing less than a spectacular private Safari experience.

Renowned for Big Five game viewing, the 65 000 hectare Sabi Sand Game Reserve lies adjacent to the south-west corner of The Kruger National Park, with which it shares a 50 kilometer border. There are no fences between the two reserves, allowing game to move freely between the areas and, as a result, the reserve offers some of the most exceptional wildlife in southern Africa.

Two rivers cross Sabi Sand: the Sabi River on its boundary in the south and the Sand River that flows from northwest to southeast. This has resulted in an abundance of leopard, lion, rhino, elephant, buffalo, cheetah, zebra, giraffe, hyena and a wide variety of antelope and other species. To date 330 tree, 45 fish, 30 amphibian, 110 reptile, 500 bird and 145 mammal species have been noted in Sabi Sand! A number of endangered species have also made the reserve their home, and visitors to the area are often given a rare glimpse of Honey Badgers, Ground Hornbills and Wild Dogs.

Sabi Sand Private Game Reserve was formed in 1934, and was the forerunner of the Sabi Sand Game Reserve, which was established in 1948. As such it became the oldest private game reserve in South Africa and the birthplace of sustainable wildlife tourism in Southern Africa. A formal association of landowners, many operating commercial safaris, Sabi Sand Game Reserve’s goal is to promote and conserve the fauna and flora in the area and preserve the area as a wildlife sanctuary. All lodges in the greater Sabi Sand area are involved in environmental management such as alien plant control, combating erosion, monitoring wildlife, anti-poaching and fire control.

Jaci’s Sabi House is approximately 12 kilometres from Gowrie Gate. Please note: the drive includes gravel road, the condition of which is dependant on the season and when last it was graded by the local municipality. Please update us on your estimated time of arrival when you pass through Bushbuck Ridge or Hluvakani.