Fly or Drive to Madikwe. Federal Air has daily scheduled flights or a 4 hour drive from Johannesburg. 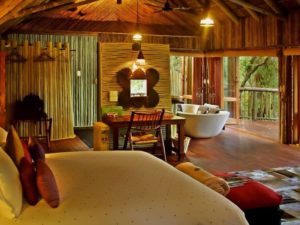 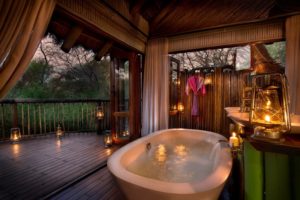 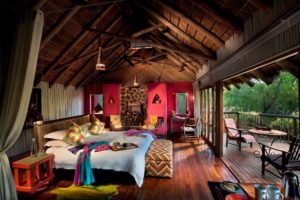 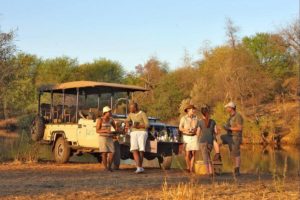 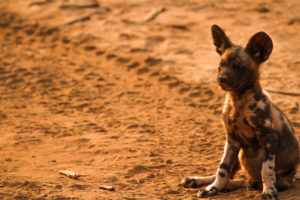 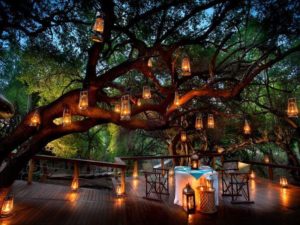 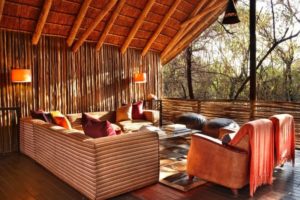 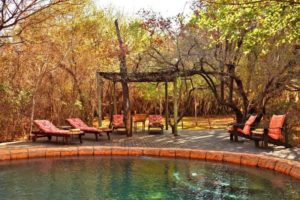 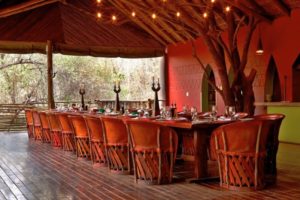 Each “Tree House” is constructed amongst the Riverine forest on stilts, up to 6 meters above the ground. In these spacious “Tree Houses” – built utilizing a combination of rosewood, thatch and stacking doors – the forest surrounds are invited in, to compliment your stay with us. An open plan, en-suite bathroom with an enormous stone bath and outdoor “Jungle Shower” allow you to enjoy your forest surrounds.

Relax, on the deck in front of your room, in the main lodge or wander to the forest pool to cool off. Raised wooden walkways, suspended in the forest canopy lining the banks of the Marico River, will connect with the extraordinary Main Lodge and its generous facilities.

The spacious open-plan main building at Jaci’s Tree Lodge includes a magnificent bar and lounge area separate from the dining area by a 4 sided open fireplace. The interiors of Jaci’s Tree Lodge proudly showcases the vibrant colors and unique crafts found in Southern Africa. Jaci has created a truly African lodge, enhanced by a superior personal service and a very intimate safari experience.

History of the Reserve.

The reserve is one of very few in the world that was proclaimed purely on the grounds of it being the most appropriate sustainable land use for the area in which the reserve lies. Studies done through independent consultants clearly showed that wildlife-based tourism would be the most beneficial option for an area that was in an economic depression. The vision for Madikwe was to have a joint venture run by the North-West Parks Board, private investors and the local communities living in the surrounding area.

The reserve has now become a role model for many similar ventures country wide due to the successes achieved within the reserve. Prior to the park being proclaimed, work had already begun on clearing derelict farm buildings, fencing, and a number of alien plant species. The park has a number of old buildings that were spared from demolition and now serve as The Parks Board headquarters. There were other game scout outposts built to house game scouts and other reserve staff.

Option 2 : Johannesburg via Sun City to the Molatedi Gate
This route normally takes 3,5 hours from Johannesburg. However, from July ’06 for an uncertain period it will take 45 minutes longer due to roadworks.

The gravel road on this route makes it a little bumpy but not impassable in a sedan vehicle. This is the route we prefer to use because it is so much shorter and as long as you take it easy on the gravel you are perfectly fine. It is advisable to fill up with fuel at the Sun Village, just after the Sun City entrance on the right as there is no fuel available inside the reserve.