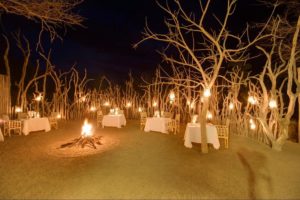 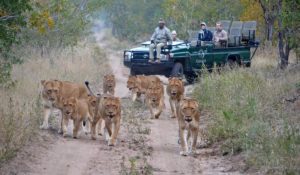 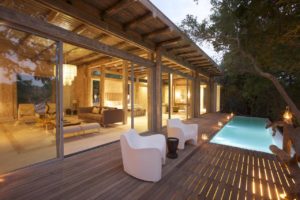 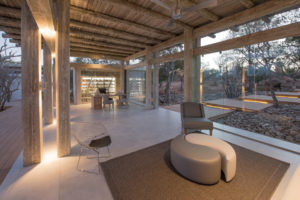 Set on the banks of the Klaserie river which flows throughout the year, is the reserve’s most secluded and prestigious lodge. The 12 Villas that make up Kapama Karula -“the place of peace” – are in every way true to their name. The river glides smoothly forming sparkling pools that attract smaller riverine animals and a myriad of birds in every season.

This extraordinary camp, based on the recently acquired Gwalagwala camp has now been rebuild into one of the finest Camps in many respects. Consisting of 10 Villas and 2 Family Villas which are the epitome of luxury. Each with a his and hers basin, inside and outside shower and sliding glass doors providing unrestricted views onto one of the most sought after locations – the Klaserie river.

The new lounge, dining room, bar, pool and pool deck as well as other guest entertainment areas will impress the best of connoisseurs. All of course with unrestricted views onto the Klaserie river.

A new Wellness Centre was opened in May 2016. Situated on the Klaserie River, boasting breath-taking views of the surrounding African bush. It has a well equipped gym and 4 stylishly decorated treatment rooms.

The name comes from Kapama, a Swazi king, whose tribe inhabited and hunted the northern Drakensberg mountain region around Mariepskop back in the 1880s. A game relocation programme was introduced and the reserve now supports a wide variety of game including elephant, buffalo, rhinoceros, and large populations of giraffe, impala, blue wildebeest and kudu. Predators include lion, leopard, cheetah, spotted hyena and many smaller species.