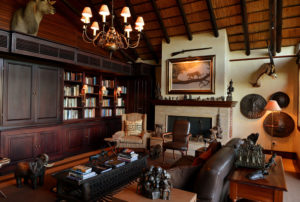 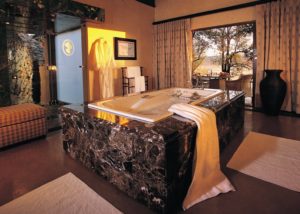 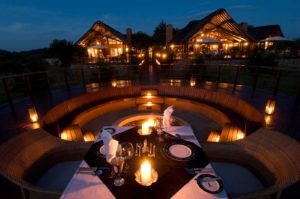 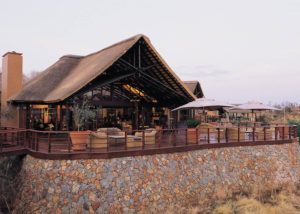 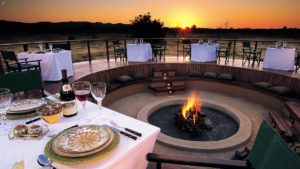 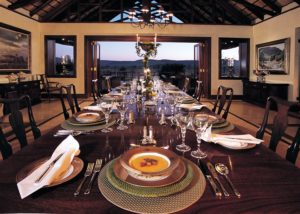 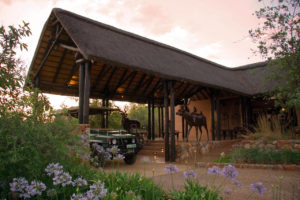 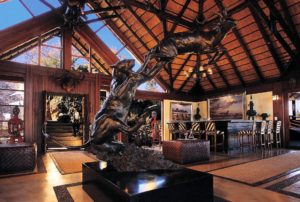 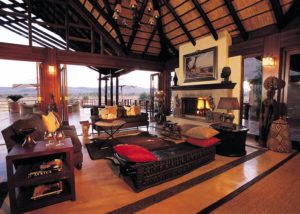 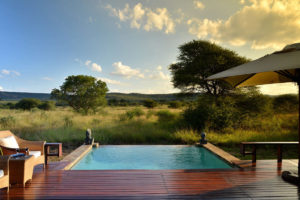 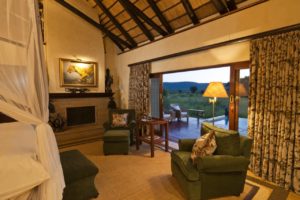 Mateya Safari Lodge is designed for the discerning traveler, offering a graceful fusion of relaxed comfort in a beautiful setting. The lodge caters for a maximum of ten guests.

Mateya Safari Lodge accommodations consist of five individually designed luxury air-conditioned thatched suites. Each suite blends with its natural surroundings and offers uninterrupted views of the waterhole and plains. Guests can enjoy a balance of sophistication and comfort, in total privacy and harmony with nature, savouring the rare pleasure of their very own secluded slice of Africa.

This 75 000 hectare reserve is situated in the North-West province of South Africa , on the border with Botswana. The large diversity of vegetation and ecozones allows for a rich diversity of game and bird species to inhabit the reserve.

The drive from Johannesburg/ Pretoria to Mateya Safari Lodge is a scenic four (4) and a half hour journey.

The suggested route is: Krugersdorp, Magaliesburg, Derby, Koster, Swartruggens and then Zeerust. There is a toll road near Swartruggens, please note that there is a toll fee per vehicle on this route. In Zeerust, turn right at the First National Bank, where you will see a direction board showing the route to Madikwe Game Reserve and Gaborone.

From Zeerust it is 85km to Madikwe Game Reserve, turn right into the Reserve at the Abjaterskop Gate. Please note that the speed limit in the Reserve is 40km/hour, watch out for speed humps!
Follow the main road for 11km until you reach a T- junction, turn left at the junction and drive for a further 2km and turn left again following the Derdepoort signs. Drive for approximately 12km until you reach a four-way intersection, turn left here following the Mateya sign, drive for 1km and turn left again at the reception sign. This road will lead into Mateya Safari Lodge.