Approx. 2 and a half hours drive from Johannesburg. The gate to the Black Rhino Game Reserve is situated on the Madikwe Road.

The lodge comprises five luxury suites.
Each of the chalets has a comfortable bedroom opening onto a small patio, with an en suite bathroom, including outdoor shower. One of the bedroom chalets is the honeymoon chalet with its own kitchenette, lounge, patio and boma braai area. 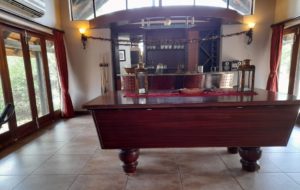 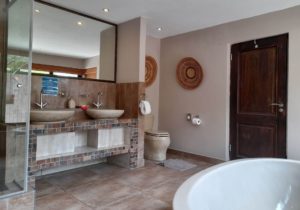 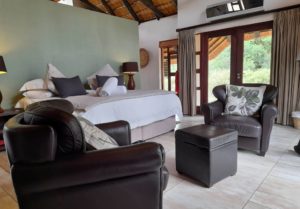 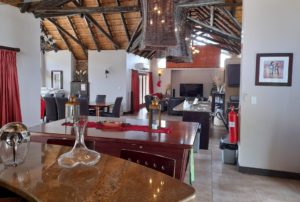 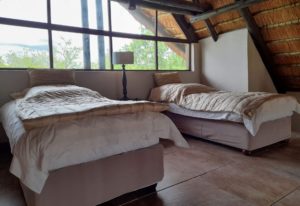 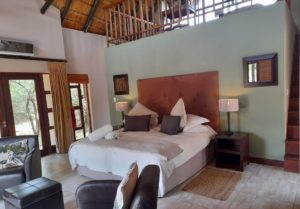 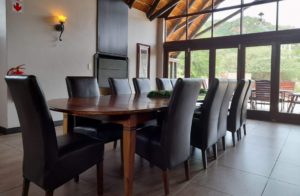 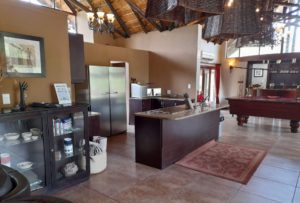 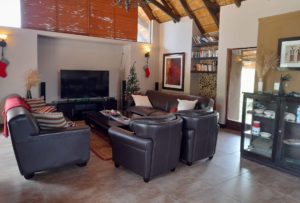 Black Rhino Game Reserve is the first extension towards the completion of the corridor with Madikwe Game Reserve. With full access to the big 5 and many other fauna and flora, including over 350 different bird species, this malaria free private reserve has exclusive use of over 19 000 hectares of the Pilanesberg National Park that is not accessible to the public.

Next door to the famous leisure and entertainment resort of Sun City, lies the Pilanesberg National Park.

It may not be very large (550km²) compared to Kruger or some of the other great African parks, but it has a real wilderness feel to it and most of the big animals you could wish to see. It lies amongst the only significant hills in the area which rise skywards out of the flat highveld plain. This massif is a 1,200 million-year-old volcanic relic of four concentric mountain rings.

The Pilanesberg is the highest peak towering 600 metres above Mankwe Lake, which sits in the heart of the ancient volcano. The volcano’s circular bowl was recognised as being the perfect situation for a national park with its tall sides creating natural boundaries. The area was farmed until 1979 until Operation Genesis was launched to rehabilitate the land and stock it with game. This was one of the most imaginative game-stocking enterprises ever undertaken and the Pilanesberg became a great success story. There are currently around 10,000 head of game and it is a very popular game park for locals and overseas visitors alike – many of whom make the short trip from the nearby resort of Sun City.

This park is home to good populations of a whole range of Africa’s game, including the ‘Big Five’; elephants, black and white rhinoceros, buffaloes, lions and leopards and you will also see giraffes, zebras, hippos and a wide variety of antelopes including the very attractive sable, eland, kudu and gemsbok. There are also cheetahs and hyenas and jackal. Birdlife is good with over 300 species and bird lovers will be interested in the huge stroll-through aviary at the Manyane gate. Also in this area is a ‘vulture restaurant’ – created to help save the shy and endangered Cape vulture from regional extinction.

Please call the Lodge once you have reached Sun City.