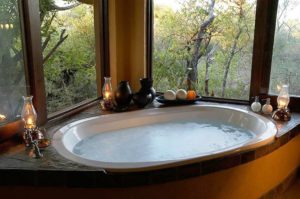 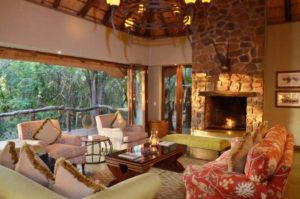 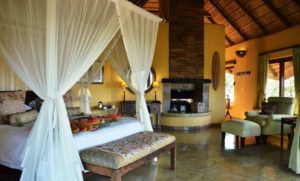 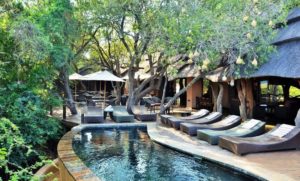 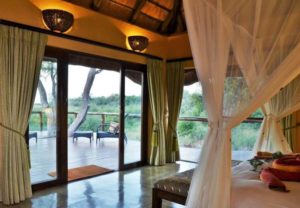 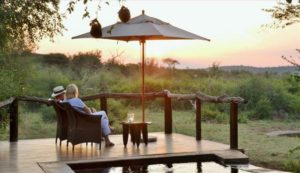 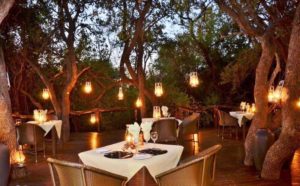 Motswiri Private Safari Lodge is situated in the heart of the world-renowned Madikwe Game Reserve. This 75 000 ha reserve bordering Botswana is malaria-free and is home to the “Top Ten” major mammals, including the Big 5, over 400 species of birds and extensive plains game. The lodge lies hidden in the bush, an exclusive lodge offering an intimate bush experience which is impossible to replicate in larger concerns. The lodge offers some of the best views in Madikwe as well as the feeling of tranquility given by the mature trees (mostly leadwoods) under which the main building and 5 luxury bush villas nestle. An intimate homely setting offering complete privacy.

Motswiri offers true 5 star accommodation with each bush villa affording stunning views from private decks and large sliding bedroom and bathroom doors. All Motswiri bush lodge villas have air-conditioning, ceiling fans, gas fireplaces, bathrooms en suite, beautifully appointed bathrooms and outdoor rock showers. The design has been to blend the interiors creating the blend of space and the bush utilising the retractable doors and windows. In addition to the 5 bush villas there is a family unit that consists of a lounge area, a kitchenette, 3 en-suite bedrooms, a private plunge pool and private boma area.

The exquisitely appointed main lodge overlooks a waterhole frequented by elephant families and other big game, enjoy this scenery from the bar or the rim flow pool on the wrap around viewing deck, have a cocktail under the shade of the Leadwood trees on the main deck or just while away the day in the outside lounge and bar area occasionally mustering up the energy to view the game at the waterhole. Fine cuisine served in the dining room, under the Leadwoods or around a roaring fire in the boma, washed down with fine wine from the well stocked cellar ends each spectacular day.

Motswiri offers the option of either individual bookings or exclusive use of the lodge. The lodge is ideal for corporate, family/friend groups of up to 10 who do not wish to share the facilities with outsiders. Itinerary´s and daily events can be tailored to meet your or your groups specific needs. Special arrangements can be made for up to 8 guests to be accommodated in separate rooms should this be more acceptable for corporate groups.

This 75 000 hectare reserve is situated in the North-West province of South Africa , on the border with Botswana . The large diversity of vegetation and ecozones allows for a rich diversity of game and bird species to inhabit the reserve.