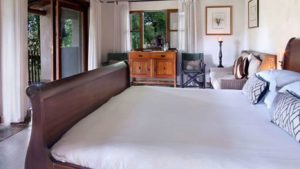 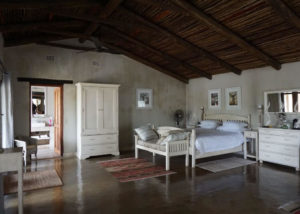 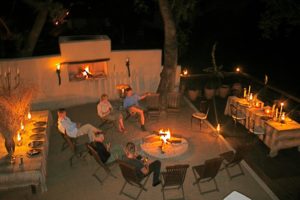 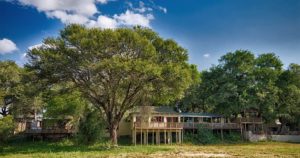 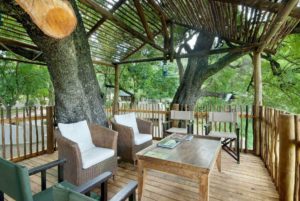 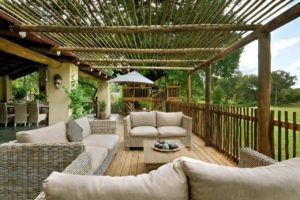 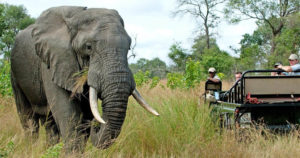 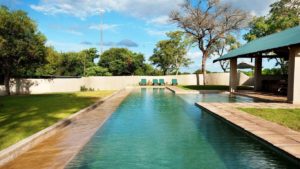 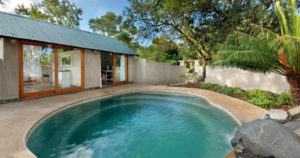 Notten’s Bush Camp is a jewel within the heart of the Sabi Sand Game Reserve in Mpumalanga, which means “the land of the rising sun” in the locally spoken language, Shangaan. Notten’s is an exclusive and private safari lodge personally run by the Notten family. This beautiful, intimate safari lodge is situated within one of South Africa’s finest natural sanctuaries the Sabi Sand Reserve and Greater Kruger National Park. It is a destination that will truly touch your heart and soul.

Each private suite is elegantly styled, spacious and cooled by ceiling fans. A magical atmosphere is created with the purposeful absence of electric lighting; the ambient candlelight and lanterns capturing an enchanting spirit of romance. With splendid panoramic views, this private game lodge is the perfect place for peace and relaxation while watching animals meander past.

The Sabi Sand Game Reserve is a remarkable natural sanctuary known for its exceptionally high concentration of animal and bird life. Safaris are led by experienced rangers in open-top land rovers, offering an adventurous discovery of the region’s prolific wildlife, including Big 5 game viewing. Unique walking safaris are offered daily giving guest the opportunity of discovering the hidden treasures of the region. This can be followed by lazy hours spent in the sparkling pool or having a massage at the Nature Spa.Under the cloak of nightfall one can enjoy the sounds of the African night, while dining in the enchanting candlelit boma beneath a canopy of stars.

Find sanctity within the natural rhythms of Mother Nature. Enjoy candlelit baths, massages, mesmerizing nights around blazing fires and close encounters with Africa’s Big 5 Game at this world class private safari lodge in South Africa, located in the Sabi Sand game reserve within the Greater Kruger National Park.Boundless hospitality is the hallmark of Notten’s Bush Camp, to which satisfied visitors return time and again. A fine combination of peace, romance and a touch of decadence all in untamed Africa. Recently winning runner up for best Safari lodge in Africa in the Good Safari Guide Awards 2008.

The Sabi Sand Reserve is part of the largest conservation area in South Africa and it is the oldest of all the private reserves. It was formed in 1950 and comprises of many privately owned game lodges, covering an area of 65 000 hectare/ 153 000 acre of savannah thornveld. It is now part of the Greater Kruger National Park and there are no fences between them, so the game moves freely through this enormous natural reserve. This is one of South Africa’s most treasured natural sanctuaries. Notten’s forms part of the southern section of the Sabi Sand Game Reserve. Its neighbours are Mala Mala on its eastern boundary and Sabi Sabi on its western boundary. Notten’s shares traversing with Sabi Sabi and has over 15000 arcres of pristine land for game viewing.

The history of today’s Sabi Sand Reserve as a formal association dates back to 1948 when the landowners formed the private nature reserve. Credit for the association, however, should go to the original pioneers of the reserve in the late 1920′s and early 1930′s.

Of these pioneers, no less than six of their families are now third and fourth generation owners of the land – a credit to the foresight of their forefathers who loved and respected Africa’s flora and fauna.

It was in 1926 that the first tourists were allowed into the Kruger National Park – the birth of sustainable wildlife tourism that is the recipe for conservation in Africa today.

In 1961 and as a result of the threat of foot and mouth disease and the continued hunting on adjacent private land, fences were erected between the Sabi Sand and the Kruger National Park. The Sabi Sand also fenced their perimeter to the west to prevent the movement of game from the area. In 1993, however, after much discussion between the Kruger National Park and Sabi Sand, the fences between the two reserves once again came down and animals soon migrated between the park and the private reserves to the west. The Sabi Sand now forms part of the greater Kruger National Park wildlife enclave and its immense wildlife gene pool.This area is also in the process of being further enlarged within the Peace Park concept with an expected integration and amalgamation with protected areas in Mozambique, and eventually Zimbabwe.

The Sabi Sand Reserve became the birthplace of sustainable wildlife tourism in Southern Africa. It’s Focus & Foresight is on Conservation, with the main objective of the Sabi Sand game management policy to monitor the habitat and wildlife densities. Sabi Sand focuses on conservation and the environment only. To this end it was conceived and remains as an association whose aims are the promotion and conservation of wildlife, fauna and flora and to the preservation of the area as a sanctuary for every type of indigenous wildlife. The protection of the rights and interests of the reserve with respect to the Sand River (the lifeblood of the Sabi Sand) are also promoted and the hunting of wildlife is forbidden.

Collectively the reserve is involved in environmental management programs and studies.

|Alien plant control|Micro catchment management to combat erosion|Monitoring of wildlife and habitat densities|Anit-poaching units|Control of runaway fires|It is also involved in helping the surrounded community with activities which help them to generate income; provision of health care and provision of drinking water.

The distance to Notten’s Bush Camp by road from Johannesburg is approx. 480 km’s. The scenic route descends from the Highveld to the Lowveld with spectacular views of the Drakensberg Mountains in the distance.Taking either the N4 or the N12 from Johannesburg one travels past Witbank to Nelspruit, from there the R40 takes one to White River and then on to Hazyview. At Hazyview, take the R536 towards the Paul Kruger Gate and Skukuza. After 37 km you will see the Notten’s Bush Camp sign. Turn left onto a dirt road. Travel for 7 km and you will get to the Sabi-Sand Game Reserve Gate.