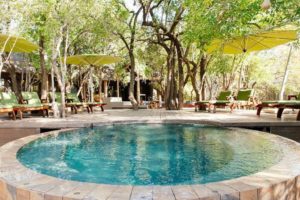 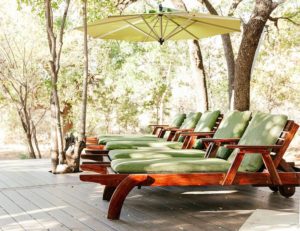 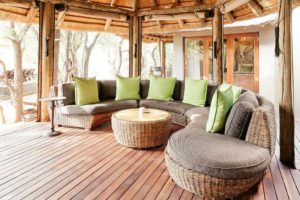 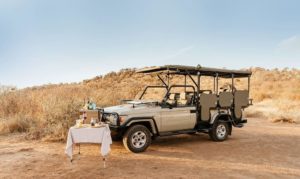 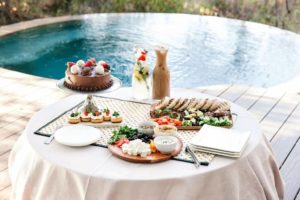 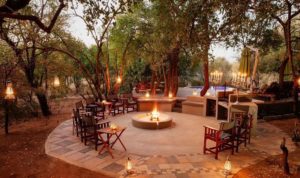 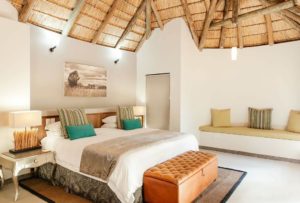 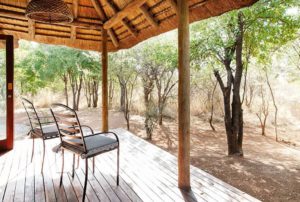 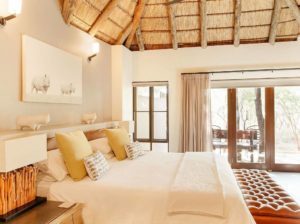 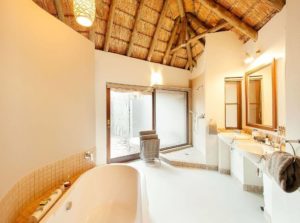 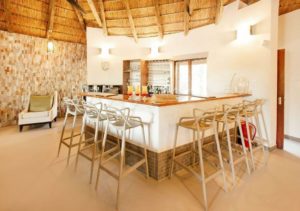 Set in the North Western side of the greater Pilanesberg National Park and only 33km from Sun City, this malaria free Big Five private game lodge is surrounded by the trees of an old Tambuti forest within the Black Rhino Game Reserve. Set in pristine African wilderness at the foot of an ancient volcanic crater, Tambuti Game Lodge offers guests an intimate and luxurious safari experience.

The contemporary elegance at Tambuti Lodge is complemented by the excellent service and hospitality offered by the Tambuti team.

Black Rhino is a private game reserve, incorporated into the Pilanesberg National Park on the North Western side. This lower lying reserve’s sweet veld vegetation complements the Pilanesberg’s predominantly mixed sour veld. This type of habitat is known to carry a wide variety of game species, and sighting of elephant, black rhino and white rhino, buffalo, lion and leopard are very common. The reserve is entered exclusively through Black Rhino private entrance gate on the Western side of the reserve.

The reserve is characterized by huge number of Tambuti Trees and therefore we have regular sightings of the shy and scarce black rhino. These trees also play host to an incredibly wide variety of bird species thus making the area a birding paradise.

The Pilanesberg National Park is 55 000 Hectares in extent and borders on the Sun City entertainment complex. The most remarkable feature of this destination is the 1200 million-year old volcano crater with Mankwe Lake in the centre. Because of its positioning between the Kalahari and Lowveld, the vegetation from both areas are located on this terrain.

The diversity of Pilanesberg is such that a number of landscapes and vegetation types occur here. As the reserve moves from the wet Lowveld vegetation to the dry Kalahari there are a number of game, tree and bird species that would never be found cohabiting an area and as such, the species here are incredibly varied and unique from other reserves within Southern Africa and thus is home to virtually all of the animal species native to southern Africa including the big five, wild dog, and rarer species such as Roan, Tsessebe and Sable antelope.

The Park also offers a number of wonderful picnic spots, numerous hides for game watching, a walk in aviary, safari game drives and hot air balloon flights over the park.

One main attraction of the Pilanesberg is that it is malaria free and so no precautionary prophylactics are necessary. However during the rainy season there are plenty of mosquitoes and ticks in the grass so insect repellent is advisable.

• Travel along the N4 and take the R510 right to Sun City.
• From the gate of Sun City continue travelling in the direction of Rustenburg for approximately 4 km on the R565.
• At the stop street, turn right
• Travel approximately 30km on the Derdepoort road
• You will find the entrance of Black Rhino Game Reserve on your right hand side. It is a tar road all the way to the entrance.
Enquire Now