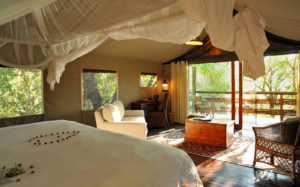 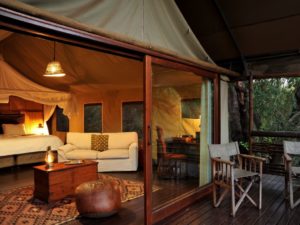 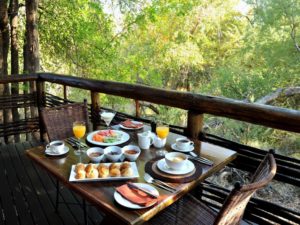 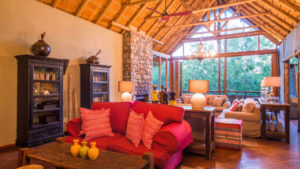 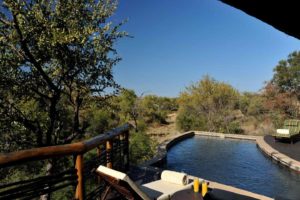 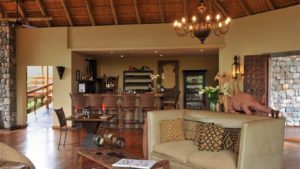 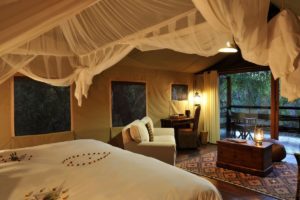 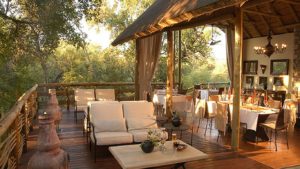 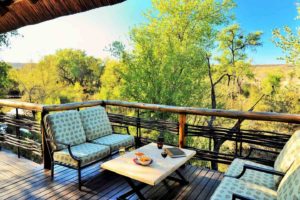 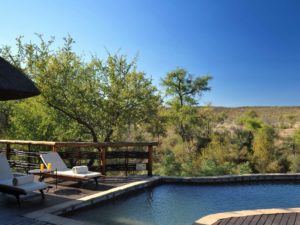 Thakadu River Camp is a 24-bed tented camp in the Malaria free Madikwe Game Reserve which offers 165 000 acres of prime Game Viewing. The reserve lies within a transition region between lowveld bushveld and the Kalahari thornveld. As a result the region is host to an incredible diversity of species from both ecosystems. Geographically the region has enormous volcanic intrusions known as Inselbergs, wide open plains and the riverine environment along the Marico River in the east of the reserve.

The Camp is set within this riverine canopy and comprises 12 tented suites, each with their own viewing deck overlooking the Marico River.

Four of the tents are set slightly apart from rest with their own lounge area and splash pool – this is know as Little Thakadu & can be booked exclusively.

The tents are large and spacious and are wonderfully decorated and appointed. Each tent has a sliding door that opens onto a private deck overlooking the river.

The main camp comprises an open plan lounge, dining and reception area, with the pool and bar area offering views of the gully and river to the north. A traditional ‘lapa’ falls within a glade of natural riverine forest. The decor of the camp has a strong AfroAsian Safari ambience to it, with use of natural stone, fibres, cloth and carpets as well as metal and wood featuring prominently throughout the camp. The influence of the river is very apparent, with the trees, birds and water providing a peaceful and tranquil mood within the camp.

Madikwe is home to a tremendous diversity of fauna and flora, including both the black and white rhino, buffalo, elephant, lion, leopard, cheetah and wild dog. The camp is a superb walking and open vehicle safari destination where guests are accompanied by well-trained and informative rangers who are able to interpret the many encounters whilst on safari.

Approx a 3-½ hr drive to the Lodge, refuel at Sun Village, there is no fuel available inside the Reserve.